THE 1ST ANNUAL OYL AWARDS!: HONORING THE BEST IN FILM FROM THE YEAR BEFORE! Sponsored by "David Baruffi's Entertainment Views and Reviews"

Thank you. Here, we are presenting Awards to movies one year after, they were released because we were too lazy to go see them in the theatre.

Saying that, this means that instead of having to watch everything right away, we were able to digest all these films, at our own hurried, albeit leisurely pace, so as to be better informed enough of to make more decisive and thoughtful determinations of what was the best in cinema. In other words, we took our time. Also in other words, were here to correct everything the Oscars (Bleep)ed up!

That's not true. I'm kidding, they might have gotten them right, I haven't opened the envelopes yet. I'm opening all the envelopes by the way. Because I'm the only one who showed up. Despite us nominating over 80 people for OYL Awards, none of them have showed up!

There isn't even real laughter there, that's me typing the word laughter sadly into my computer, as though their was actual laughter, and as though this was an actual Awards ceremony.

Yep, that's fake laughter. Kinda like what you hear when you're watching "Whitney".

Oh, like I'm wrong. Alright that was mean. Don't worry, we're not celebrating TV. We're celebrating film, great film. Of the ten Best Picture nominees, 7 were also nominated for Academy Awards, that's a good year. There's a lot of good performances, good films... Unfortunately we don't have an actual awards yet. We didn't come up a design yet. Since it's the OYL award, we thought of Olive Oyl from Popeye, but, it just turned out be a couple stick figure that were flat as a board. Yeah, we gonna call it the actress for awhile...,

Wow, that joke didn't work. Alright, now I know when to stop telling jokes and put in a musical number next year.

Now, I know when to start giving out the Awards, right now. Our first is for Best Supporting Actress, yep, starting with a big one right away. Here are the nine nominees.

I have the envelope right here. This is the first ever OYL Award to be given out ever, right here.
(Brief Pause)
And the Award goes too... 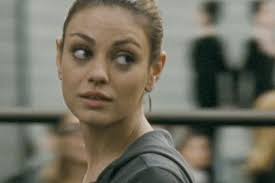 Their were three nominees this year for Best Animated Feature film. The Award going to both the       Director(s) and the producer(s). The nominees are...

There were many stand-out documentaries last year, and it was surprisingly difficult to narrow it down to these six nominated films for Best Documentary Feature. The Award is given to the Director(s) and
Producer(s). And the nominees are...

(Loud applause; "Tonight the Streets Are Ours" by Richard Hawley plays)

You know, if this was a real Award ceremony, and Banksy did show up, we still wouldn't know?

Hell, this is an online Awards ceremony, maybe everybody's come to look.

It's possible. Hell, Roman Polanski could log in if he wanted to. He is nominated, who knows? He might be there.

Let's continue on. There are seven nominees for Best Supporting Actor this year. The nominees are...

And the OYL Awards goes to...

...CHRISTIAN BALE for "The Fighter"

(Applause, "How You Like Me Now," by The Heavy plays)

And you know, they frig it up, 'cause of there's way too many members for somebody to bribe. It wouldn't be effective. Not like the "Golden Globes," which are completely fixed.

There are six nominees this year for Best Foreign Language Film, spanning three continents. The Award goes to the film's director. The nominees are...

and the OYL Award goes to...

..."THE GIRL WITH THE DRAGON TATTOO". Niels Arden Oplev.

To write an original screenplay, you not only have to write, but you have to be a creative storyteller. To adapt a screenplay, all you have to do is write down what somebody else thought.

I'm kidding. That's not true. Sometimes, adapting a story to a different medium can be incredibly difficult, and oftentimes harder that coming up with your own story. There's two different skills, and they're both being honored. There's seven nominees for Best Adapted Screenplay. The nominees are...

And the OYL Award goes to...

...AARON SORKIN, for "The Social Network" 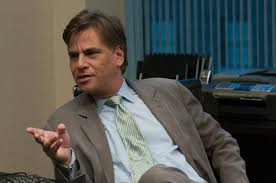 There are eight nominees for the OYL Award for Best Original Screenplay. The nominees are...

And the award goes to... 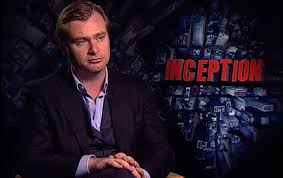 There are eight nominees this year in the Best Actor. The nominees are...


...Holy crap, we have a TIE!
(Pause, audience gasp)
The winners are JESSE EISENBERG for "The Social Network"...
...and COLIN FIRTH for "The King's Speech"!

(Loads of applause. "The Social Network" score by Trent Reznor and Atticus Ross plays, then "The King's Speech" score by Alexandre Desplat plays)

You have no idea how hard it was to find two photos of about the same size.

You're just reading this now, and going "Oh, he's got two photos, there..." No, took for friggin' ever! Can't have one really big, can't be really small, should be side-by-side, should they be on top of each other-. It took for-ever!

There's ten nominations for Best Actress, and the only reason for that is because that was the maximum amount of nominations allowed for the category. There were a lot of good performances in this category this year, we should give them a big hand before we announce the winner. Whadoya say, right?! Yeah!

Alright. The nominees are...

(Surprise and applause, "You and Me," by Penny and the Quarters plays)

Alright, we're down to the last two Awards. There are eight nominees this year in the Best Director category. The nominees are...

And the OYL Awards goes too...

...DAVID FINCHER for "The Social Network"!

Not gonna keep you waiting much longer. Last award of the night; as always there are ten nominated films for the Best Picture category, Award to be given to the film's producer(s). The nominees are...

And the OYL Award for Best Picture of last year, goes to... 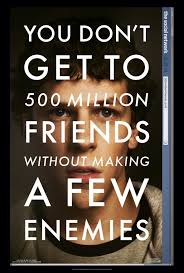 Congratulations to all the nominees and winners tonight. Go watch the Oscars this year, it's a good predictor of who might an OYL Award next year. Don't forget, later this Spring to watch the Ten-Year Later Awards, the TYL Awards! Goodnight!

Note: All vote tabulations were done by the accountants employed at "David Baruffi's Entertainment Views and Reviews". The results of those tabulations are kept secret until the envelopes are opened on the night of the Awards.

(Note: While Ten-Year-Later Awards were at one time planned, they never came about.)
Posted by David Baruffi at 6:13 AM