MOVIE REVIEWS #191: "EUROVISION SONG CONTEST: THE STORY OF FIRE SAGA", "RAYA AND THE LAST DRAGON", "DRIVE MY CAR", "THE GREEN KNIGHT", "THE MITCHELLS VS. THE MACHINES", "FLEE" and "ZOLA"!

I'm trying to get ready an Oscar ballot before the nominations are announce, but it's going to be touch-and-go this time around, admittedly. I'm getting through a lot more of the movies for this year then normal, and that's probably good, but yeah, in terms of prediction, if I get them out in time, I get them out, if not, then I'll post my Gold Derby ballot when I finish filling it out. Eh, I haven't even gotten to the shorts yet. I'm so far behind on everything lately, I'm amazed I have time to review the films I do get to watch.
I did watch some others, most notably, Terence Malick's "A Hidden Life" which, is one of his better recent ones, I'm sad I missed that one until now. Admittedly, all these films of his in recent years, can be a bit much. This bizarre burst of output that he's had since "The Tree of Life" is going fascinated historians more then I think it'll be appreciated by them, but "A Hidden Life" is probably the best of the bunch so far. 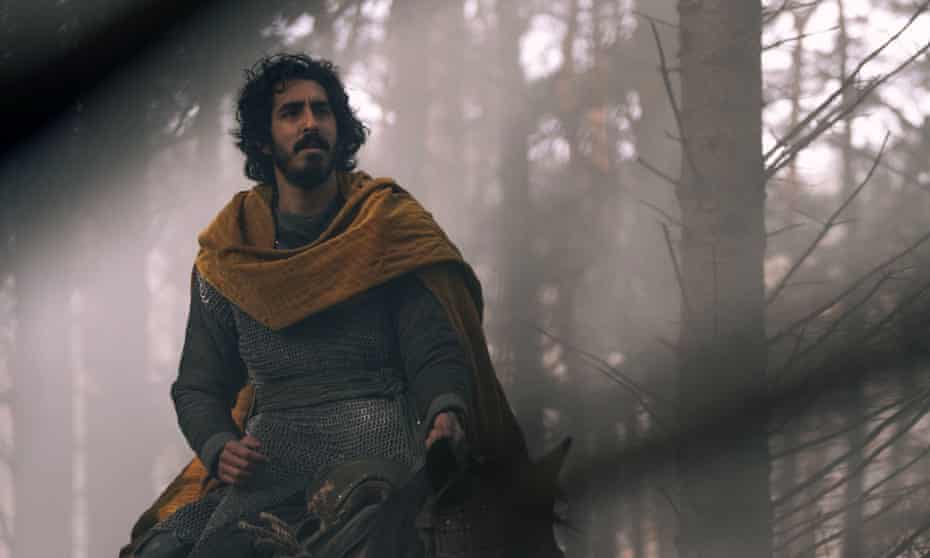 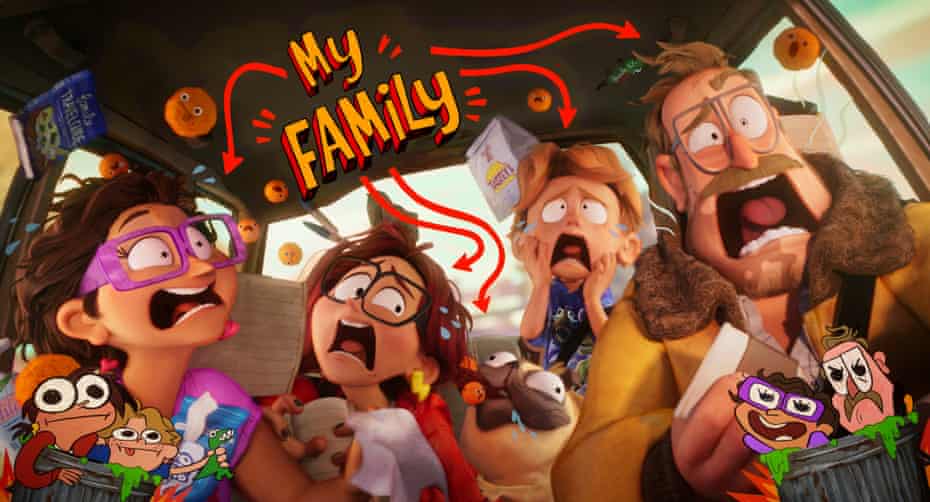 After so much disappointment and boredom from most of the recent batch of animated films, it's such a fresh air to find one that's genuinely fun. I don't know why, but there's been a sad trend of formulaic animated fantasy films lately, almost all of whom feel like they've been designed by some computer to create some cliche fantasy narratives about having to hide and then accept who they are. Much of it was bad, worst then that, much of it was bland and boring. That's not to say that "The Mitchells vs. The Machines" is completely unique and original, but it's approach feels fresh. Taking full advantage of the medium, and not just using it because it's the best medium to tell their story, this movie has energy, personality, a vision that's actually worth existing.
I'm sorry if I'm making other animated films recently seem like they've been utterly dour and hopeless, but they've definitely felt a little too out of reach for me. How am I supposed to really care about a sea monster wanting to win a triathlon? I mean, some of these movies, I swear I feel like they were made using Mad Libs lately.  "The Mitchells vs The Machines" actually feels like it's going it's got life and vision.
And that vision belongs to Katie Mitchell (Abbi Jacobson) an awkward weird little teenage girl who struggles to connect with either her eccentric family and finds solace in making Youtube short videos, mostly involving her dog Monchi (Doug the Pug) starring in a lot of cop dramas that are genuinely funny and entertaining. I've usually been somebody's who been a bit of an annoyed, jealous critic of films where teenagers seem to be able to make better-produced films long before I knew how to even turn a camera on without breaking it, but I felt like letting it pass here, 'cause it's integral to the plot and the time period. This movie, takes place in modern day and the family dynamic mirrors the main narrative about how a more modern, technological world is leaving some people behind. The more, naturalistic perspective comes from her father Rick (Danny McBride), the typical handyman father who's always prepared with a screwdriver to fix anything, but can't really understand how a computer works. Katie's struggles to connect with her father inevitiably led to wish to go to film school across country in California. After a blowup at family dinner, Rick decides the best way to reconnect is a family vacation to drop her off at school, taking her along with his wife Linda (Maya Rudolph) and their dinosaur-loving son Aaron (Michael Rianda, the film's co-director).
During the road trip, while they still struggle to see each other's side, the robot apocalypse happens. No, I'm serious. Also, kudos for a title that actually knows the correct best way to write "Vs." You have no idea how much that's pissed me off in recent years. Anyway, the largest tech company in the world, run by Mark (Eric Andre) a cool, young, but emotionally confused version of a Steve Jobs-type, accidentally creates robot slaves that instantly break all of Issac Asimov's rules, and now, under the control of Mark's beloved original creation, PAL (Olivia Colman) who controls everything and everyone through her cell phone, she manages to capture all the world's humans with the plan to blow them up into space. All, except the Mitchells, who are barely able to get on the same page.
So, yeah, now the whole family, they have to combine their skills and powers to save the world now. Or, just hideout and hope the robots don't find them. They are pretty outnumbered and they only begin to get a plan when a couple dysfunctional robots, Eric and Deborahbot5000 (Beck Bennett and Fred Armisen), who reveal the way to get the Kill Program downloaded into the system.
I don't want to describe the ways in which this movie tells it's story, 'cause it's so much more carefree and delightful then other films, that I hope to just surprise people. It kinda reminds me of Marielle Heller's masterpiece, "The Diary of a Teenage Girl", which took some wonderous first person personal visions, and through their artwork, helped take a very dark story and give it such life and hopefulness. Here, it's nowhere near that dark, which is a weird to say when humanity is at stake from a sociopathic cellphone, but still, I enjoyed how delightful the twists and turns were, even if I take a minute and think about it, the movie's narrative is so over-the-top and absurd, even if much of it is a great commentary on the good and bad sides of modern and past technology, and well as just, how the struggle of communications between people, can lead to complete misunderstandings that perhaps in lesser hands, people will never forgive each other over, but here, we see them overcome for a bigger cause.
There's a lot of hopefulness in "The Mitchells vs. The Machines". You could argue that it basically devolves into a lesser-tier ripoff of "The Incredibles" but I thought it was too delightful and fun to ignore. It's so nice to see an animated children's that's not only good, but genuinely fun to watch. Really wish other films would take advantage of the medium of animated like this, you can do so much with the genre, and so many have just boring lately, telling straightforward boring stories, and here's a tale that's as random and silly and fun as a cat filter on your cell phone, and still have such emotional depth and meaning.
FLEE (2021) Director: Jonas Poher Rasmussen
⭐⭐⭐⭐1/2 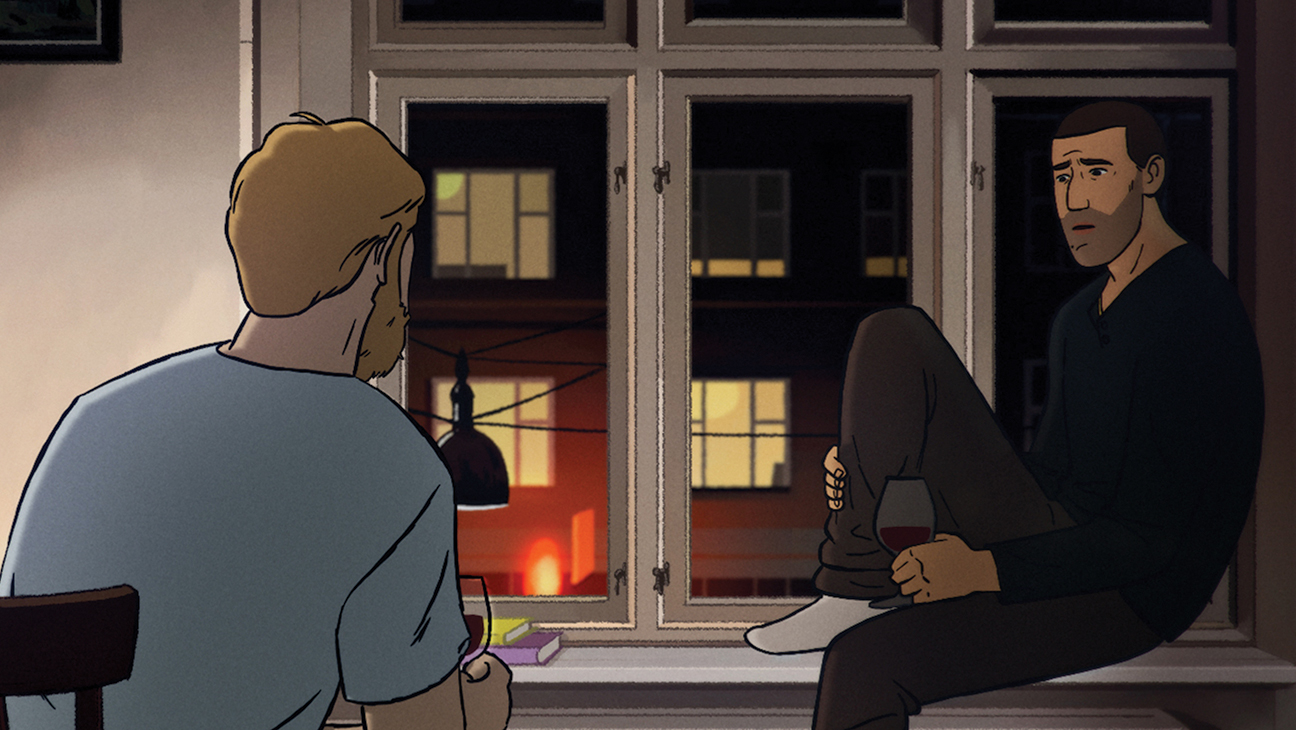