Sorry for the delays on this one. I've been busier then normal and frankly, I had a lot to think about with some of these films this time around. Took me longer to write then usual, which sucked 'cause it delayed me from watching or enjoying anything else. I did get around to watching some other stuff, most notably for me, "Yellow Submarine", which is one of those movies I've had a hard time getting ahold of for awhile for some reason; finally nice to get that one off me watchlist, and it's quite a good movie. I don't know why a bunch of music films seemed to cross my path this time around, but they did, and as you'll see, they were pretty good.
Among more recent films I didn't get a chance to review, I saw Terence Malick's "Song To Song", which, I like, but definitely felt like it was a more minor Malick feature. I guess anything and everything has seemed minor works of his since "The Tree of Life" but yeah, still minor. Kinda felt like a better, more complete, version of Michael Winterbottom's "9 Songs". without all the sex, but still, ehh.... I think I prefer Malick when he takes a decade or two between films.
I also watched "The Leisure Seeker", which I think I kept confusing with "The Leisure Class" which is that one HBO movie that was the "Project Greenlight" finalist from it's last season, which from what I heard wasn't that great. (Glad to know that Effie Brown came out of that season as the most successful person out of it.) Anyway, that film, is, pretty standard old couple comedy, with the one characters having a movie version of Alzheimer's. It's harmless, but I was mostly rolling my eyes.
Anyway, I'm finishing up 2019 as soon as I can with the Worst of the Year next blog, and hopefully I'll rush through the OYL Awards after that. That's probably why I was running through a lot of 2019 films this time around, so let's get to the reviews.
GUNDA (2021) Director: Viktor Kosakovskiy
⭐⭐⭐1/2 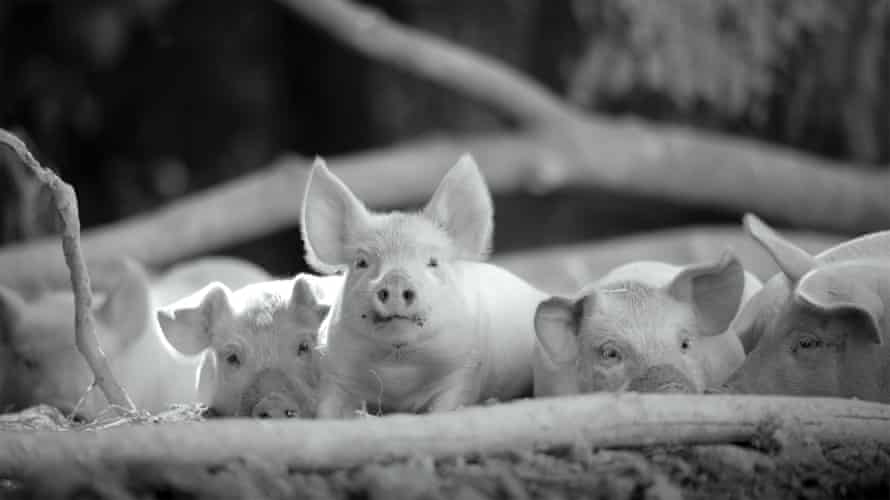 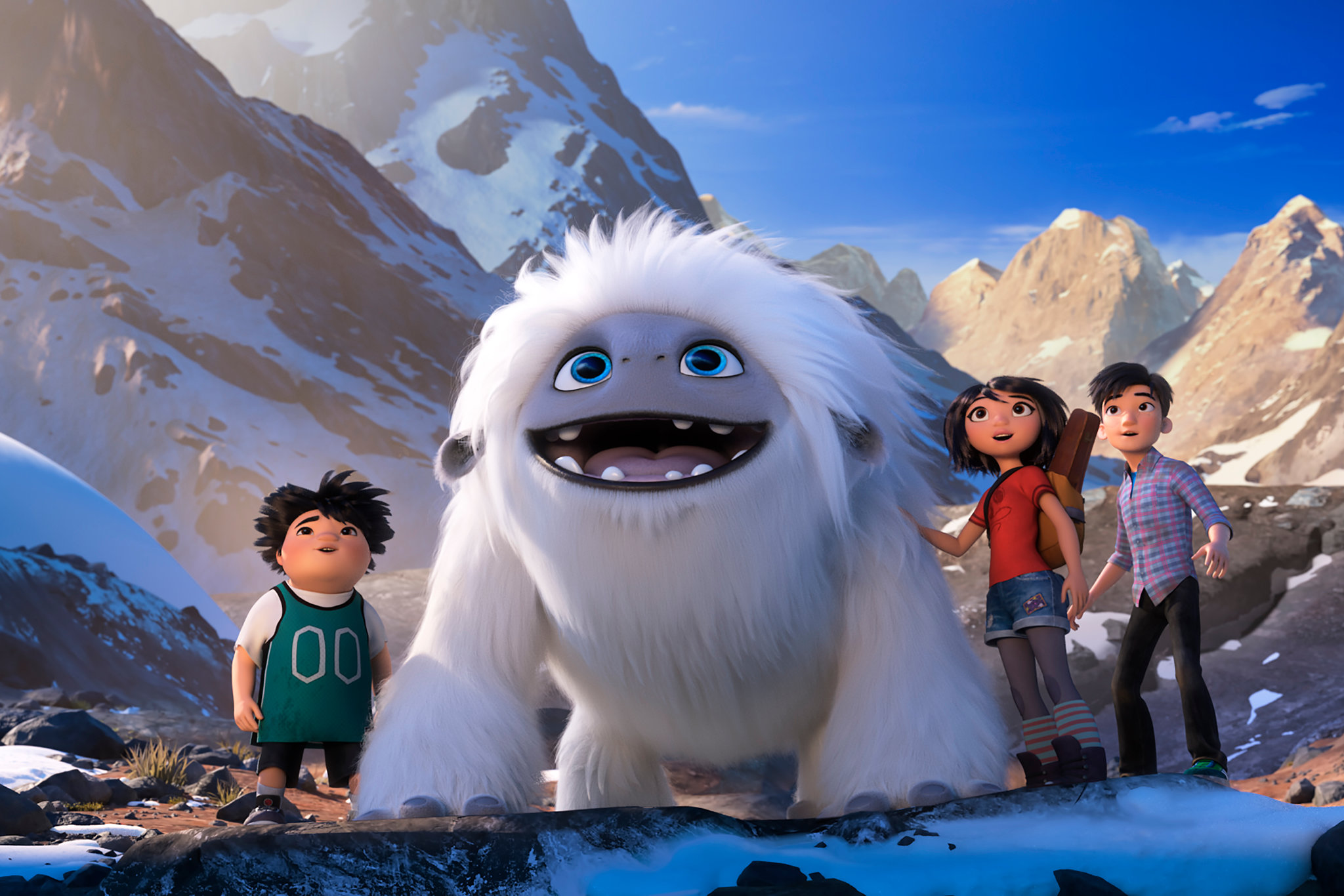 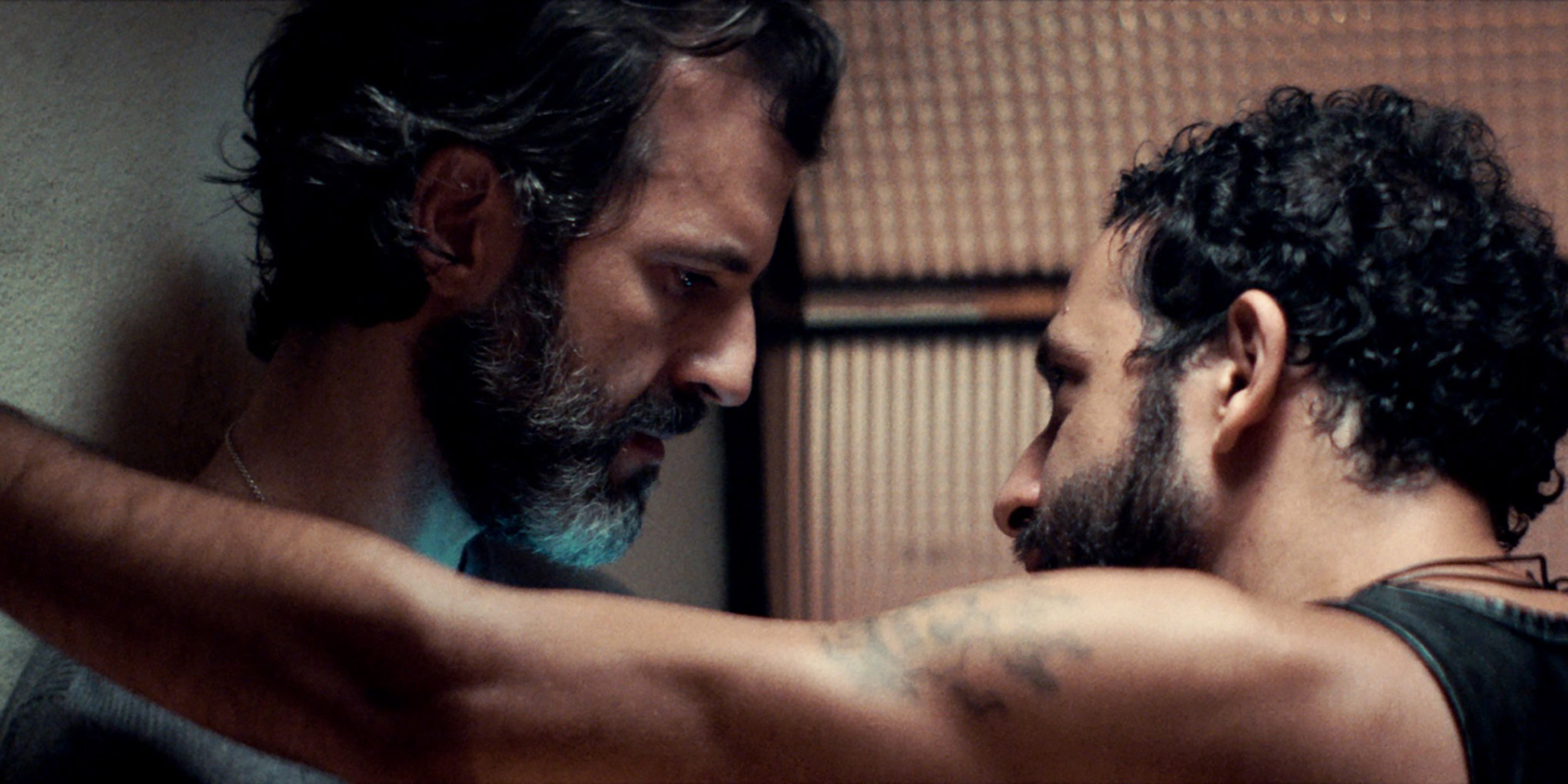 I don't really know what the current social climate in Guatemala is, but I get the sense that from Jayro Bustamante's perspective, there's definitely a repressed sense that covers much of the country. He's been quite vocal about it, at least in his movies. His latest film, "La Llorona" is about the hauntings a family suffers through after their war criminal patriarch begins to see ghosts as he heads towards both his death and his public prosecution, if not his actual prosecution. His breakout film "Ixcanul" is about an arranged marriage among an indigenous mountain group of Guatemala that live, pretty far away, but overseeing, the modern world of Guatemala City. I thought that was an extreme example originally, but perhaps it's more indictive of the culture of the nation in general. "Temblores" or "Tremors", which-, yeah, there's too many bigger movies called "Tremors", so I'm calling it "Temblores" too, does have some earthquake tremors; I think, if I remember my Central American geography..., (Google search) yes Guatemala is geographically prone to earthquakes, lying between two major tectonics plates....-, but the movie is more about, a symbolic tremor that separates and possibly splits and hurts a family. That tremor, is that a male patriarch, Pablo (Juan Pablo Olyslager) announces that he's gay. He's fallen in love with a man named Francisco (Maurice Arbas Zebadua) and has announced his intentions to move in with him to his family.
The family, is not in favor of this, to say the least. It's hard to describe all of this, but I get the sense that gay rights are still at their primordial stage in Guatemala. Apparently, while it's legal there, the current government tolerates hate crimes involving sexuality. I know Guatemala, like the majority of Latin America is very religious, and Christianity's influence still perpetuates everyone's daily life. During one conversation with his family, he tries to defend how God's made him this way, therefore they should be accepting, but they completely dismiss it. There's also an obvious toll on his wife Isa (Diane Bathen) who seems the most accepting at first strangely enough, until she sees two toothbrushes in Pablo's new apartment.
On top of, some of the other horrible tropes of early anti-LGBT acceptance, the notion that homosexuality leads to stuff like pederasty, and that means that he's fighting and losing a battle to still have the rights to see his kids, who are mostly just baffled and confused at the whole thing, but there's this perpetuating sense that homosexuality is equivalent to a lack of masculinity and manhood that Pablo can't really escape. Eventually, he's sent to, what we would consider a church-sponsored, conversion camps, although this one seemed a little more inquisition-style then most of the others. It seems to work though, in the same way that whipping Kunta Kinte enough will get him to admit that his name was Toby, but I guess it "Worked", along with the excessive familial praying and other social pressures eventually, he breaks it off with Francisco after the therapy, in order to remain with his family and kids.
I guess "Temblores" is about the suffocating effect of this kind of societal pressure, and yeah, we don't see enough movies about that anymore. Thankfully, in America, despite some misguided attempts to reinforce such narrow-minded beliefs and cultural touchstones of our society, we've mostly evolved past this. (Although I did once here a story about one of my old Senators constantly comparing homosexuality to pedophilia when asked by a gay student about his anti-gay position, and that was, not twenty years ago, so maybe I'm only wishing that we've evolved as much.) Anyway, Bustamante's one of the most interesting filmmakers in the world right now and this is a powerful film about Christianity's corruptive hold on the laws of the country as well as in the mind of the people of Guatemala, and perhaps it's a sign of how horrific their hold is over other countries and peoples as well. It's funny, there's actually a lot more earthquakes then people realize, they happen somewhere in the world almost every day, most of the time we don't always feel them, but they're usually always there, right below our feet, simmering below.
MICKEY AND THE BEAR (2019) Director: Annabelle Attanasio
⭐⭐1/2 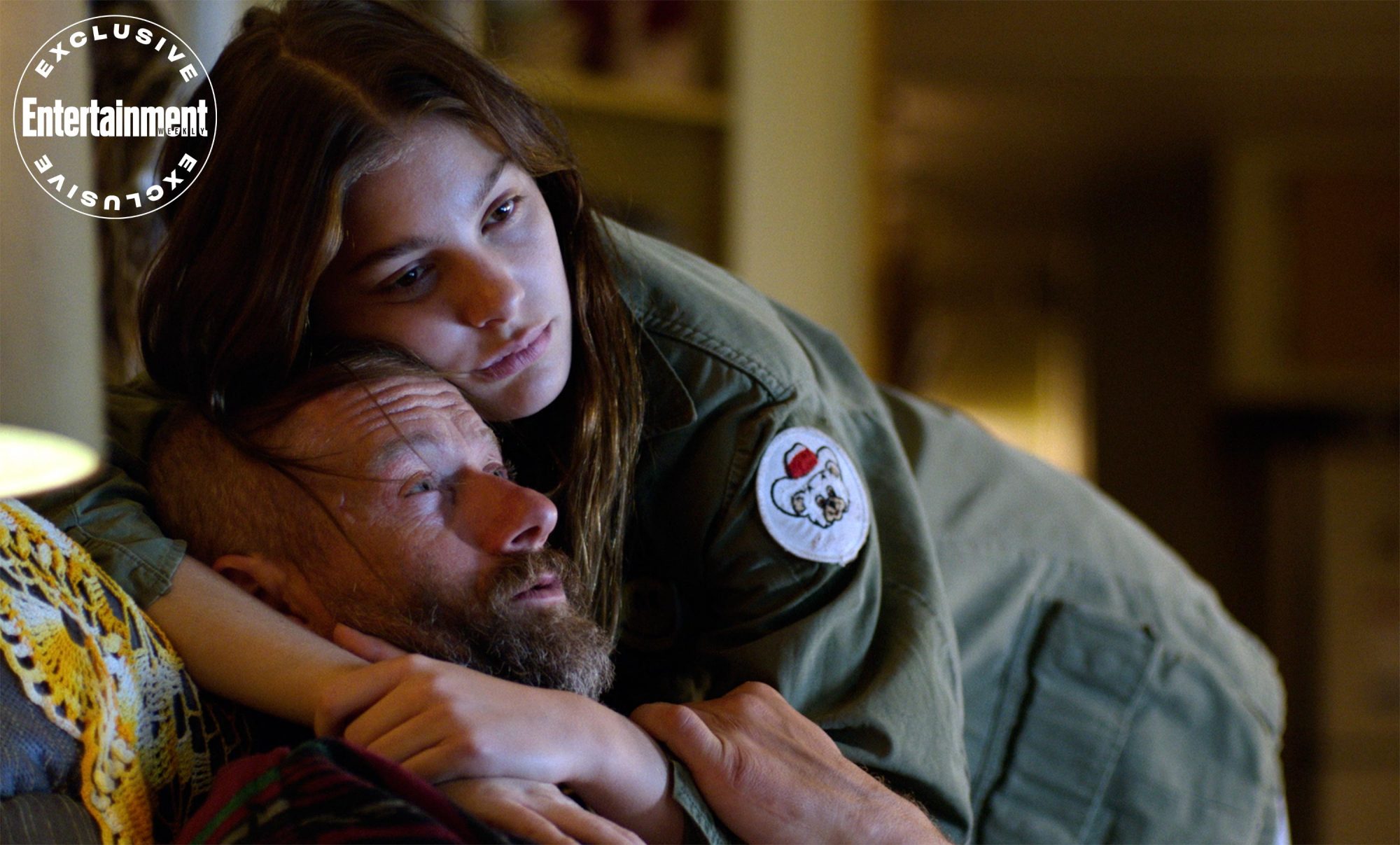 I must be missing something with film. Perhaps on another day I might not be so annoyed with it, and can appreciate so many of the things that it does different, but mostly I felt like it did a lot of the things the same, actually. It's a frustrating small town coming of age story about a smart teenage girl who's stuck having to watch over her drunk Iraq veteran father after her mother's passed. It's not that there aren't more layers to this, but I really don't think it's as interesting as everyone else did.
Now, I say that, because the movie's got a 100% rating on Rotten Tomatoes, and it will still have 100% rating since I'm not an RT critic, yet, but I don't know. Maybe everybody else kinda got swept up in it; I mostly just saw the formula at work. It could be that I just see it too often with first features now; the movie was the debut feature film from director Annabelle Attanasio, who's mostly known as an actress; apparently she's been on "Bull", most notably, I remember her from "The Knick" myself.  It's not a bad first feature, but I've definitely noticed that I don't get nearly as sucked in with outstanding debut features as others have; I'm not sure why I've made that a trend of mine, I do find it annoying, but I also wonder why I don't get more blown away from a first-time filmmaker either, anymore. Maybe I just like more experienced and confident filmmakers.
Like, this is a small town story, and it technically takes place in Montana, but I never would've guessed that. I thought it would've been, like West Virginia or somewhere like that when I first viewed the film, especially when they bring up how Mickey's (Camila Marrone) mother died from cancer 'cause by pollutants dumped in the town years ago. I guess that probably happened in Montana too, but I didn't get a real sense of area. In fact, this movie felt a little too much like it could've taken place anywhere, which maybe was the point.... (Shrugs) I don't know, maybe I still have "Certain Women" in my head.
It doesn't help that one of her romantic interests is British also. Like, I get why, Wyatt (Calvin Demba) is a charming young man, much better then Aron (Ben Rosenfeld) the sleezy boyfriend who basically just wants sex and her father, Hank's (James Badge Dale) OxyContin, but I still was like, "So, he's the character from outside the world who's telling her about how she should leave." I mean, I get why, and her father is a depressed, alcoholic, painkiller addict who's a mess in mourning and probably PTSD'd up the ass. Basically, a role tailor-made for James Badge Dale to play. She's a taxidermist's assistant outside of her senior year, and she has scholarship offers, but little monetary ability to get out, and she still does care for her father, even if she's basically becoming literally, the mother to his whiny dad. She's even wearing her mother's clothes, and their relationship is disturbing.
This is also one of those movies, where, basically I find myself debating whether to think of this movie in terms of character depth. Hank, is a very unlikeable one-note character, and he's an annoying character. He reminds me of the Jeremy Sisto character in "Waitress" in that regard, where you're perplexed by the fact that he's so unlikable that you wonder how the main character got with her at all. Yet then again, there are people like that. The movie makes a glimpse of an insinuation that it's all the men in this area are kinda pricks like him, especially her first boyfriend.... So, that takes out any of the sympathetic backstory he should've had.... I just don't know how to take this; I feel like I've seen better, more interesting versions of this film, but I can't say I hated it either. I guess I should be nice and recommend it, and go with the flow a bit more here, but I can't help escape that feeling that this film is more of a writing exercise that's done well, but probably still needed another once-over or two. I can see liking this movie more on a second viewing, but for now, it reminds me of the better movies I'd rather see.
COLD CASE HAMMERSKJOLD (2019) Director: Mads Brugger
⭐⭐⭐⭐

Posted by David Baruffi at 3:14 AM