Well, Obamacare is still the law and gay marriage is legal everywhere, Congrats Supreme Court for doing a couple things good this week. What the hell is it gonna take to make Scalia suddenly drop dead of natural causes? (That's probably the nicest way I could put that without something being added to my FBI file)

Well, as promised, I'm giving you a list of my..., ratings for movies I've seen. (Frustrated sigh) Believe me, this is as frustrating to me as it is to you. As promised, I'll write reviews for, as many of these films as I can, when I can and as soon as I can. Especially the major films. But, without regular internet availability, I'm just not able to do that at the moment. I wish I could, especially with some of these movies I really want to talk about more thoroughly, but there's too many movies and frankly, I just can't do that at the moment. I'll still be writing commentaries on other issues whenever I can, but that's about all I can do until further notice. Hopefully this'll be the only one of these posts, where I just write the ratings I give the movies, and maybe a word or two, I fear that it won't and if/when I post that blog, i'm sure you'll hear more complaining and frustrations from me then.

Anyway, I'll try to at least, sorta explain my reasons for some of these ratings in a sentence or two, some I won't especially the older films, which I probably won't get around to reviewing, 'cause, why bother at this point, but if you're curious about some of these reviews and my additional thoughts, please, contact me, either comment on this blog, or through FB or Twitter and whatnot, and I promise I will respond in due time. For now, here's how I at least rate movies on my 0-5 STARS scale.


THE THORY OF EVERYTHING (2014) Director: James Marsh While I was impressed with the performances of Redmayne and Jones as Dr. Stephen Hawking and his first wife Jane, who's really the main character of the film as it's based on her novel about living with and dealing with Hawking as the genius of our generation disintegrated from Lou Gehrig's Disease, but I must admit to having a hard time feeling much for this film. For a mind like Hawking, I never really felt much sympathy for him, and I think the movie tried too much to do that.

Yeah, "Selma" was hard to watch, but it's definitely a masterpiece. A movie that really details the Civil Rights struggle, especially from the behind the scenes aspects of it and it shows a believable rare look at the more political side to Martin Luther King, Jr., as well as a personal one. It's definitely one of the most powerful films of the year.


All films on Alzheimer's are difficult to watch, but this is the first one I've seen that truly felt like it was from the perspective of the person going through it. Julianne Moore's Oscar winning performance was the star of the movie, but the film's directing and especially the screenplay are impressive as well. Richard Glatzner, the late co-director along helped make the film along with his longtime director partner and husband Wash Westmoreland partially based on Glatzner's experience dealing with his Alzheimer's and it's truly a sad and heartbreaking look at a once great mind, losing her capabilities. Definitely one of the more emotional films I've seen this year.

Mike Leigh's can never make a bad movie and Timothy Spall's amazing performance as W.M.D Brown the great British seascape painter is quite marvelous and Marion Bailey's performance is also quite amazing. I still, my one hangup is that, at some point, the movie kinda seemed a little too much like a regular biopic, which is a bit of a shame coming from Leigh, but still, very minor issue. 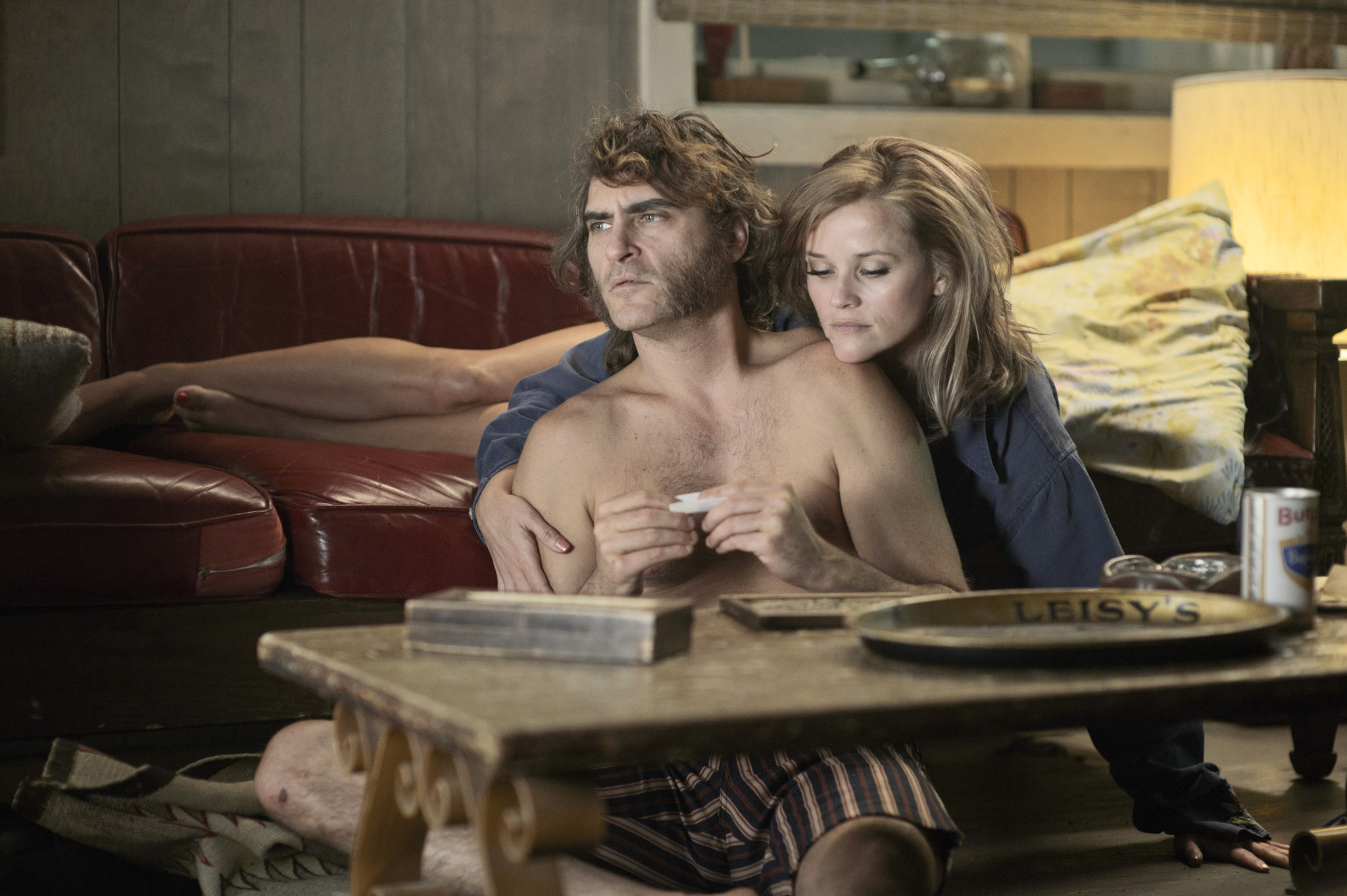 "Inherent Vice" is confusing, nonsensical, circular, mess of a Chandleresque mystery that constantly introduces new twists and new characters at will and random. In other words, it's a Thomas Pynchon story/Paul Thomas Anderson film. Leave it to the most audacious filmmaker around to attempt to adapt the most unadaptable writer out there. It's basically what it sounds like, and I enjoyed it as that mess that it is.

I think I got what Angelina Jolie's doing here. Despite some, questionable storytelling ideas and choices, I think her main objective was essentially, to make go through the emotionally-draining experiences that Louis Zamperini went through. Jack O'Connell does is very good as Zamperini a former Olympian who eventually becomes a Japanese POW in WWII. Miyavi is quite interesting as the vicious sociopath that runs the camp. It's more emotional than plot-based, but still, I appreciate "Unbroken". 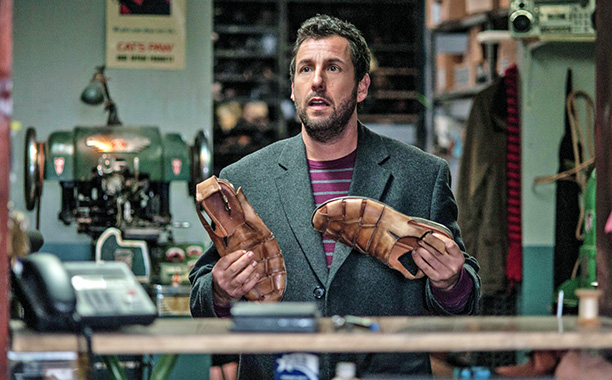 This is one of Adam Sandler's best films, and it's another great and interesting film from Tom McCarthy, the man behind "The Station Agent" and "The Visitor". Sandler's a 2nd generation cobbler who finds out that he can use one of his father's old tools and put on his customer's shoes and transform into those people by wearing his shoes. There's a lot of good jokes and situations here and some interesting good performances. Strong film here. Amy Adams, once again gives an amazing performance as Margaret Meade, the painter of those famous Big Eyed children, and how her husband Walter (Christoph Waltz) essentially stole her art work. Yes, this is a story about art theft, as Margaret's work gets credited to the outspoken and outlandish Walter who begins to publicize the art and make it available to the public. This is Tim Burton's most interesting work in years.

Another strong film and performance, this one by Jennifer Aniston as a suicide-obsessed L.A. suburbanite who's recovering from a car accident that she's still recovering from a car accident that severely injured her back, and lost her child. I'm a little surprise by some of the mix reviews 'cause I thought most of the movie worked pretty well as an emotional journey through a complex character.

This is Chandor's best directing job yet, and is really developing into one of the top American writer/directors out there. He constantly has good ideas and this is a great film. Great performances from both Jessica Chastain and Oscar Isaac as a husband and wife who have differing views on how their heating business should be run. Great movie, one of the year's best.

If you like Atom Egoyan's typical films, then you'll probably like "The Captive". It's not anything special for him, but "The Captive" is still very frightening and intense thriller a la, "The Sweet Hereafter" about a kid who's kidnapped and held captive by a whole ring of pedophiles as she ends up being used to recruit other kids. It's disturbing and intoxicating, just like Egoyan at his best. 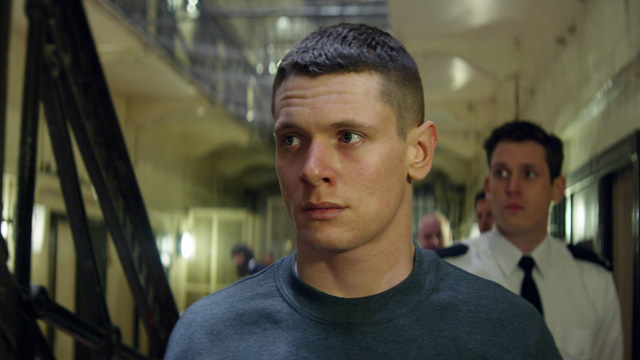 A British film about a father and son who both find themselves behind bars in prison, it's one of the better prison movies I've seen in a while. Great performances by Jack O'Connell and Ben Mendelsohn I actually liked the first "300". I can't remember why off-hand after watching this unnecessary and over-the-top remake, which was mostly just boring. We're not getting into the films that I will probably not be writing reviews for in the future.

Although I might find time to review this piece of shit. Mike Cahill should really let Brit Marling lead the writing next time; this film just annoyed me from one moment to the next, even from conception. If it didn't take itself so seriously and disturbingly so, maybe I could've forgiven it a bit, but, eh, they don't do that.

Eh, I think I understand why in Werner Herzog's "Encounters at the End of the World", why he'd rather stand over the edge of a volcano than hang out with the people living there. There's some interesting stuff here, but I kinda just felt like the movie was dragging on a bit.

Alright, I'm running out of time at the library, so no photos for these two, but they're a pair of outlandish films that satirize and subvert their genre and I liked both of them.